An Azure Administrator is responsible for implementing, monitoring, and maintaining Microsoft Azure solutions, including major services related to compute, storage, network, and security.

Interested in the cloud, but aren’t quite sure what it can do for you? Microsoft Learn is the place to start. Microsoft Learn is an free interactive sandbox for learning new skills. Over 62 Azure modules: https://docs.microsoft.com/en-us/learn/azure/. Good learning path to start:

In this learning path, you will:

Once you complete this learning path, you will have the necessary knowledge to take the AZ900 Microsoft Azure Fundamentals Exam.

Prove that you understand cloud concepts, core Azure Services, Azure pricing and support, and the fundamentals of cloud security, privacy, compliance, and trust.

How to Learn Azure?

Microsoft Learn is a carefully planned, comprehensive set of educational resources that lead to certification based on industry-defined roles and the specific skills needed to perform those roles. The roles you can be certified in include Administrator, Developer, Data Engineer, Data Scientist, Business Analyst, Solutions Architect, AI Engineer. Go and start learning: https://docs.microsoft.com/en-us/learn/

The Azure documentation is the most comprehensive and current resource you’ll find. Many of the tutorials in the docs include the ability to launch Cloud Shell alongside the tutorial steps. This new site replaces the old MSDN Library and provides a vastly improved experience. 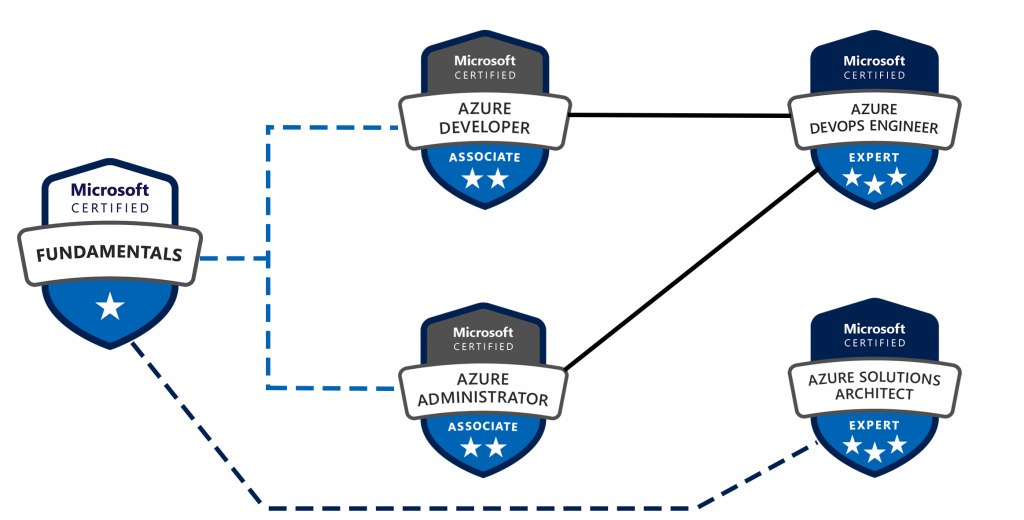 END_OF_DOCUMENT_TOKEN_TO_BE_REPLACED

Azure PowerShell is a set of cmdlets that allow for manging Azure resources directly from the PowerShell command line. Written in .NET Standard, Azure PowerShell works with PowerShell 5.1 on Windows, and PowerShell 6.x and higher on all supported platforms – including Windows, macOS, and Linux.

Starting in December 2018, the Azure PowerShell Az module is in general release and is now the intended PowerShell module for interacting with Azure.

Why a new module?

The biggest and most important change is that PowerShell has been a cross-platform product since the introduction of PowerShell Core 6.x, based on the .NET Standard library. Microsoft committed to bringing Azure support to all platforms, which means that the Azure PowerShell modules needed to be updated to use .NET Standard and be compatible with PowerShell Core. Rather than taking the existing AzureRM module and introduce complex changes to add this support, the Az module was created.

Creating a new module also gave Microsoft the opportunity to make the design and naming of cmdlets and modules consistent. All modules now start with the Az. prefix and cmdlets all use the Verb–AzNoun form. Previously, cmdlet names were not only longer, there were inconsistencies in cmdlet names.

The number of modules was also reduced: Some modules which worked with the same services have been rolled together, and management plane and data plane cmdlets are now contained all within single modules for their services. For those of you who manually manage dependencies and imports, this makes things much simpler.

How to Uninstall AzureRM module

You need to remove the Azure PowerShell AzureRM module from your system and migrate all code to Az module. Migration steps are here: https://docs.microsoft.com/en-us/powershell/azure/migrate-from-azurerm-to-az

How to Install Az module

Azure PowerShell works with PowerShell 5.1 or higher on Windows, or PowerShell Core 6.x and later on all platforms. If you aren’t sure if you have PowerShell, or are on macOS or Linux, install the latest version of PowerShell.